The Surprising Tie to "The Last of the Mohicans"

In colonial American literature, the Huron tribe are usually the bad guys. This is most notable in "The Last of the Mohicans." The picture below is of  Magua, the Huron villain, in the most recent version of the film.

"The Last of the Mohicans" is set in the French and Indian War in the late 1750's. 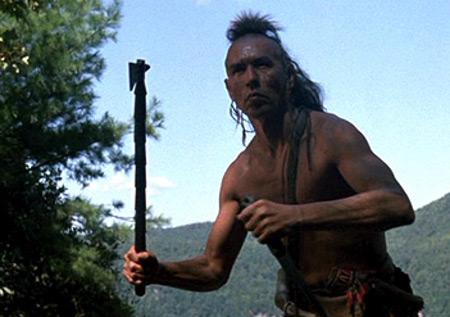 In a climactic scene, Magua leaves the Huron village to go west and join the the "Huron of the Lakes."

I was surprised to find a Sioux tie to the Huron. In the middle of the 1600's, about 100 years before the events portrayed in "The Last of the Mohicans" a group of Hurons from the Georgian Bay area of Lake Huron fled west from Iroquois attacks.

These Huron sought refuge among the Dakota Sioux in the Mississippi River region. It is reported by a French trader , Perrot, that they brought iron tools with them and the Sioux, who had not yet seen iron, viewed them as having supernatural powers.

After living in peace for several years, the Huron desired more Sioux lands and went to war against them. The Sioux pushed them back into Wisconsin, towards Lake Superior.

Perrot reported that the Huron sent war parties to attack the Sioux in their villages which were located in areas with nothing but lakes and marshes. He said they made good use of the terrain and lured the Huron into favorable terrain for attacks (on the Huron.) 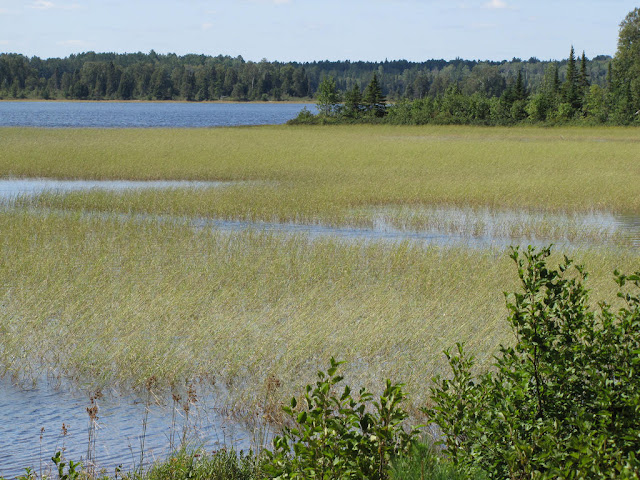 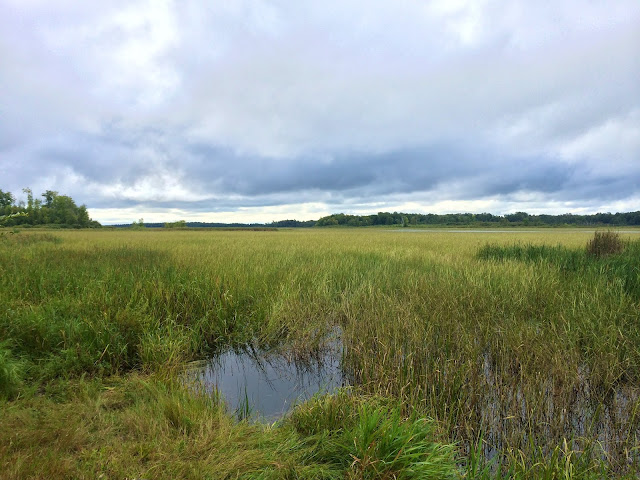 Perrot also noted that the Sioux were less cruel than the Huron until they saw how the Huron treated Sioux captives. Once again, the Huron appear to be the bad guys.

The outcome of this war appears to be that the Huron were pushed back east to the region of Mackinac Island.
Posted by Breaker Morant at 10:14 AM 1 comment:

War to the Knife with the Sauk #3

The Sauk (and Fox) war with the Sioux as seen through George Catlin's eyes.

He painted this image of a battle between the Sauk and the Sioux. 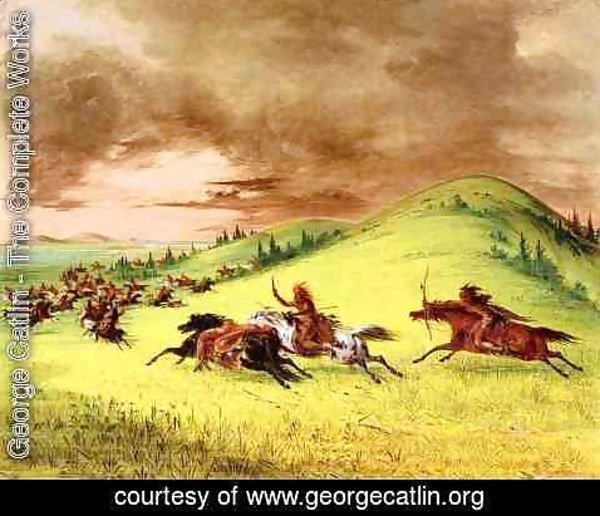 The following sentences are taken from his writings.

>>>When General Street and I arrived at Kee-okuks village, we were just in time to see this amusing scene, on the prairie a little back of the village. The Foxes (allies of the Sauk), who were making up a war-party to go against the Sioux, and had not suitable horses by twenty, had sent word to the Sacs, the day before (according to ancient custom), that they were coming on that day, at a certain hour, to "smoke" that number of horses.<<<

Posted by Breaker Morant at 11:38 AM No comments:

War to the Knife with the Sauk #2

Iowa as a "Dark and Bloody Ground".

I am intrigued by the Sioux war with the Sauk and Fox. I knew very little about it prior to this project.

The Sauk (and Fox) had been pushed west by white settlement into Iowa and this brought them into conflict with the Sioux.

The early reading I have done on this indicate that the 1820's were a violent time in this war with raids back and forth by both sides. This 1820's violence explains why the Sioux (as referenced in the previous post) were eager to help the whites in the Black Hawk War in 1832.

Kentucky in the old days is often called a "Dark and Bloody Ground." Well, after following the smoke of the Sioux into the Sauk war, I can't help but also thinking of Iowa as a dark and bloody ground. The boundary line was not sufficient to keep the tribes apart. A 40-mile neutral zone was established along the line as a buffer to keep the tribes apart.

The buffer is shown as the 2 diagonal rectangles in northeast Iowa on the map below. 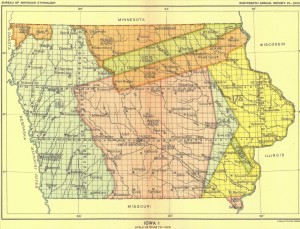 The smoke of the Sioux traveled widely and I wonder if they raided the Sauk in Illinois
Posted by Breaker Morant at 8:05 PM No comments:

War to the Knife with the Sauk #1

I mentioned in a previous post that in my readings on Fort Snelling one surprising thing that jumped out at me was the enmity between the Sioux and the Sauk(and Fox) tribes.

This warfare was at such a level that when the remnants of the Sauk and Fox fled west away from the whites across the Mississippi after the Black Hawk War the Sioux attacked them in their time of distress and killed many of them.

I found indications that the Sioux were patrolling the western shore of the Mississippi to prevent the Sauk from crossing the river and escaping the whites.

However, their warfare straddled both before and after the Black Hawk War of 1832 with the scene of the fighting apparently concentrated in Iowa. 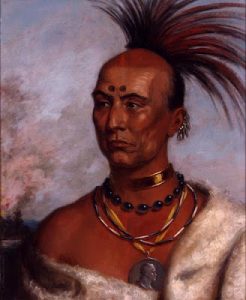 Posted by Breaker Morant at 3:29 PM No comments:

We made a June 2018 visit to Fort Snelling at the junction of the Minnesota and Mississippi Rivers. Fort Snelling was crucial to the history of the Dakota (eastern Sioux).

The reason it was somewhat disappointing is because everything is now covered by trees. The fort itself was interesting and I will talk more about Snelling in future posts.

Below is a picture of Fort Snelling in the old days. As you can see, the fort is a commanding presence high on the bluffs. 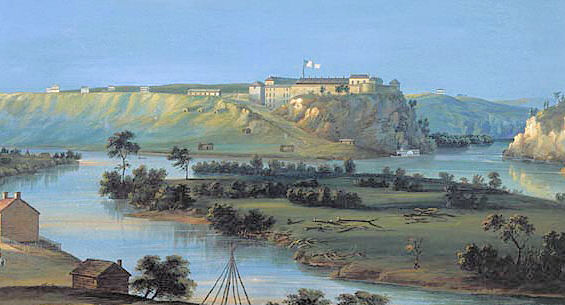 Below are some pictures taken from the fort down towards the river. 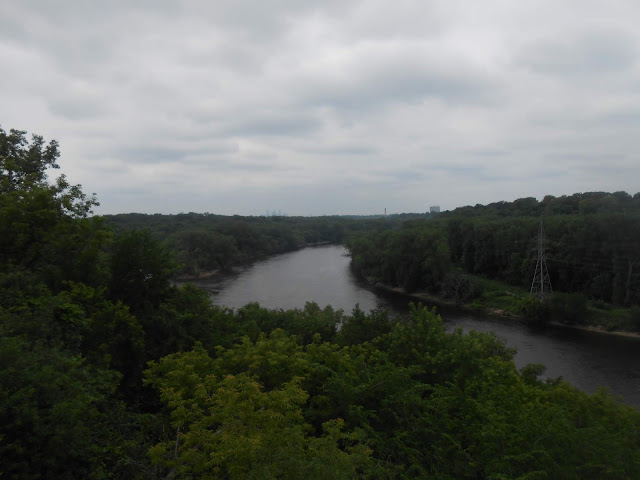 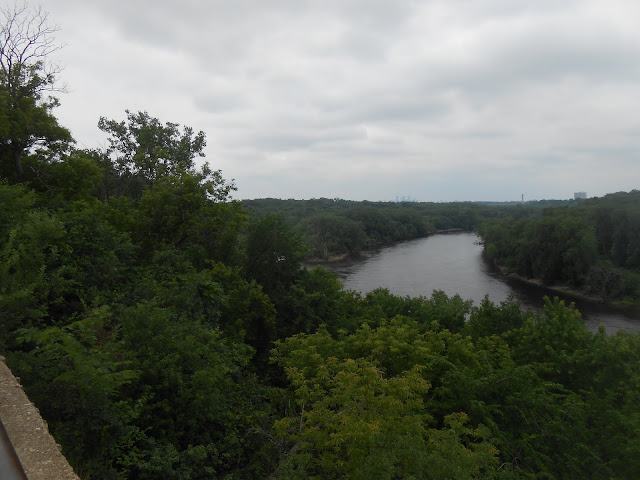 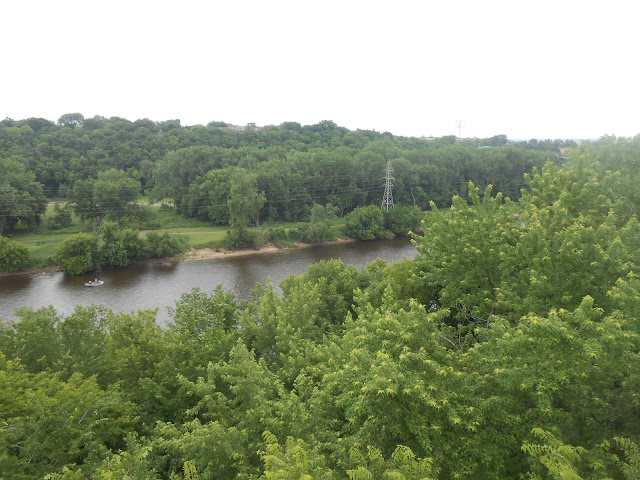 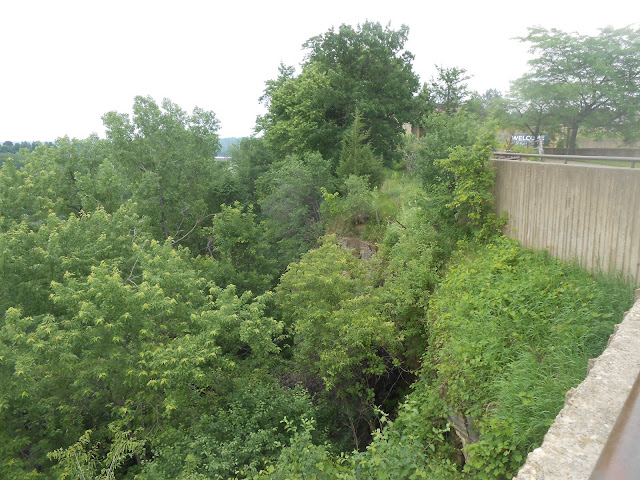 While the pictures don't do it justice, trees are everywhere now. It was hard to get a taste of Fort Snelling as a commanding presence above the rivers. We also walked down to the river and, once again, trees were everywhere and you could not really see the fort.
Posted by Breaker Morant at 8:14 AM No comments:

The Eagle Bone Whistles of the Sioux

I ran across an evocative phrase in a song. "Custer's Ghost" sung by Dave Stamey.

If the link does not work, just type "Dave Stamey Custer's Ghost" into Youtube.

I remember running across information that the Sioux blew eagle bone whistles in battle.

When I listen to that song and especially that phrase, I can hear the piercing whistles above the noise and dust of the Little Bighorn.

Below is a picture of an eagle bone whistle.

Posted by Breaker Morant at 10:20 AM No comments:

The Iowa Front-The Sauk (and Fox) and the Sioux

Contrary to previous posted plans, I have not been wandering the frontiers of New France looking at first contact with the Sioux.

Instead, I have been reading up on Fort Snelling in preparation for an upcoming research visit/family trip to the Fort. I have not been there since 1975, when I was 8 years old.

The main book I am reading on Fort Snelling is a 1966 book called "Citadel in the Wilderness:The Story of Fort Snelling and the Northwest Frontier." I am also looking at a couple of smaller. more recent books.

Fort Snelling is central to Dakota (Eastern Sioux) history in the early 1800's and will appear in various future posts. However, one interesting thing that jumps out at me on first blush is the "War to the Knife" between the Sioux and the Sauk.

Posted by Breaker Morant at 10:23 AM No comments: